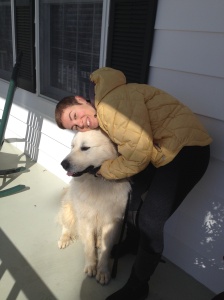 “In each of my paintings, you can see hills and valleys of paint that hint at something hidden underneath or on the verge of piercing the surface. Art should take the viewer behind the curtain. Like a good mystery novel, it should engage the reasoning mind as well as the imagination, “
– Cathleen

Cathleen has a plethora of creative talents. They range from working as a life coach over the past fourteen years with clients from NYC to South Africa to developing a keen talent of capturing the seen and the unseen with her paint brush. She considers herself a natural storyteller and uses this art form, along with painting, to weave all the colorful threads of her life together in a personal tapestry.
She draws from her other life experiences as well which include running singer/ songwriter Princes’ publishing company in NYC, and launching a one woman self-penned theatrical show off off Broadway in downtown Manhattan in the late 90’s. She has used her artistic talents to design a jewelry line and later became certified as a yoga teacher and an advanced clinical hypnotherapist (Wellness Institute in Seattle). Cathleen is both a published author and artist.

Cathleen Klibanoff never thought she would find herself humming Sweet Home Alabama… but after 18 years of living in New York City she decided to move closer to family in Decatur, Al. Soon after relocating, she met her husband -Huntsville philanthropist Daniel Klibanoff. Cathleen now lives with her husband and seven year old son in SE Huntsville.

Since moving to Alabama Ms. Klibanoff has also been very involved in civic service with the non-profit Angels Among Us, established by she and her husband in 2006. AAU has raised over $100,000 dollars for various youth causes. As an ongoing commitment to service, Cathleen volunteers weekly as a yoga instructor at the local Montessori Learning Center and her son’s school.